Suicide Prevention Awareness Month! Yes, it is, and how significant is it? I am not one for politics in particular, but if I were to run for President, (which would be impossible as an English man, who is now an American Citizen) one of my main focuses would be Suicide!
Not only because I am a follower of Christ, and it was upon reading Genesis 1:26 “Let us make man in our image, after our likeness.” that I saw we are special, set apart, made in Gods likeness, separate from the canine, feline and all the rest of the road kill.
But also because as President, I would draw attention to the fact that one of the top killers of men under the age of 45 is Suicide.
Why does this matter? Because as a man of 37, I have felt at times over the years exactly what this feels like.
You may have heard our story, making it to America, falling in love, married with a child, and then divorced. My anger as a youth came back, fighting with my ex, not getting to see my son.
I remember sitting there late at night, a Liverpudlian, feeling defeated and wondering what was the goal?
It may be hard for many to understand this, but as a man, you get married to stay married, you have kids to raise kids, and you aim to work hard to provide, leave a legacy, and provide futures for your offspring.
When a marriage falls a part, homes are divided, their are affairs, fights, anger, separation, courts, nights alone, men begin to question their existence, and purpose.
“I’m a dad in distress, I live in ______, I’m having trouble getting to see my kids. I have court orders but my ex continues to deny me access, what do I do? I don’t have money for a lawyer. I miss my kids, I don’t feel like going on, is there a group here or someone I can talk to? “

When I first saw the ads for the increase of men in Australia taking their own lives over struggles with their spouses it hit home.
I remember those long nights, thinking their was no purpose, no meaning. I mean what do men in those positions think they are looking forward to? A life of fighting with an ex spouse, separated, perhaps unable to see their kids, as she’s is out and about living it up, while the court has emptied your pockets, month after month.
Here is Ca this has become the norm.

I am not here to point to the women, as sadly there are many women, and even youth who are taking their lives, but my goal is to speak from my own experience.

This is all so important because the role of Dad in society, culture, and the home is the most important role for any man outside of being a husband.

The majority of prison inmates were raised without a father.

The majority of failed marriages stem from the children raised without a father.

Biblically with the man being the “head of the home”, meant to “cover his wife… washing her in the word” and “loving her as Christ loved the church”, the absence of Dad has a dramatic fact on all involved for the rest of their lives.

So God being the Author of truth, meaning Jesus is “The Word”, and also “The Way, The Truth and The Life”, we have to acknowledge that the very idea of suicide does not come from God, not is it something He intends for any of his creation.

As I read through the Bible in 2004 trying to disprove it, it flipped my world upside down.
Where the world tells us “life does not matter, you just evolved”, meaning we are again, just “road-kill”, God tell us “All things were created by Him, for Him”.

Reading these verses as a Dad who was suicidal, I was being told God had created me, gives me breath each day, and does have a plan for my life, though right now I am stuggling, while living in fallen world.

As I paced through more scripture, I saw the cursed world we live in, that we have good days, and bad, do get married, can get divorced, do have kids, will face hard times, but that ultimately God is the giver of life, and that we are immortal until He decides to take us off the earth, ultimately to meet our maker.

As I have traveled these past 13 years, sharing our story, Gods Word, and pointing to Jesus Life, The Cross, and His Rising from The Grave, I have encountered many many people who were suicidal, have lost people from suicide, or have suicidal friends.

Perhaps getting to spend one night with these people, sharing some prayers, connecting them with the local church and then moving on, what do I possibly share, what can I say, what could I say to you now if you are over it, have friends bullying you, lived a life you think no one will understand, face challenges you think no one else has faced or even are one of those men, wondering what in the world you will do?

Well rather than me adding any more words to this conversation, let me start with what God says about you. When Paul wrote to the Church in Ephesus, he lays a foundation that every one of us should hold onto.

Ephesians 2:10 “For we are his workmanship, created in Christ Jesus for good works, which God prepared beforehand, that we should walk in them.”

Sitting with a girl one night, having cut her arms to pieces, over living, I shared this verse. A teenager the same night, this verse. The next night a girl whose mother had assaulted her, only a few months later for her father to do the same thing. Why this verse?

Because children, all of us, made in “His Image” IMAGO DEI, we are Gods “workmanship”, and we have been created, are given breath, and called to live out our “good works” everyday, ones that “God prepared beforehand” that we should what? “Walk in them”!

See friends, we live our lives for ourselves, seeing only the result we have in mind, working within our limited understanding. I did not know back then, that God would save me as I got to the end of The Bible, save my ex wife sometime later, and lead us to get re-married.

I did not know that even as I am writing this, my son of almost 16 would walk by asking “wheres Mom”, to which I point to the bedroom, while my two other children, play outside in the garden, surely frustrating our neighbors as they skate the mini ramp.

You see had I believed the lie, thought I was just road kill, and decided I was god and the one who would take my own life into my hands then where would my wife be now? What about my son, let alone my 9 year old daughter and 6 year old son?

If I had not gotten re-married, if things had not have worked out, if what I was working towards would have been different than the plan God had, then could I still trust Him, as God, believing as I have now said many times, that it is He who allows every breath, every heart beat, every thought?

Your life matters, as you are “His Workmanship”, and every day that you wake up there is a purpose. He sent His Son to shed His Blood so we could be forgiven, be redeemed from the curse, and continue, now, once in Christ to live a life of pointing other to Our Lord and Savior Jesus Christ.

It is one thing to think about how sad it is that many of these dads we spoke about are hurting to see their sons, and daughters, but please, consider, that God Himself, chose to send His own Son, Jesus, to die for the sins of the world, so that God Himself would get to spent an eternity with His sons and daughters through out the world.

You may feel alone right now, like no one understand, and that there is no answer, but this side of eternity, Jesus is the only answer we need.

While in England last month I shared with a guy who was on his way to end his life, only to stop into the local church in Bristol, and hear a message where I happened to talk about suicide.

On the same trip, our bus driver was a man who was once suicidal.
We became friends, he is planning on going to school to study to become a Pastor and just today he was messaging me while he is studying through Leviticus.

I’ll tell you that I was suicidal before I was in Christ, and even since becoming a believer, knowing the joy I have in Christ, and that Jesus loved me enough to die for me, I face my challenges. Though my soul and eternity are secured in Christ forever, my flesh is still weak, still fails me, still wants to do things my way. This is why we are called to “walk in The Spirit”, and “walk by faith, not by sight”.

If I consider my life based on the struggles I may walk through, then my eyes are not on Christ, not on the prize, not on sinners becoming saints and souls entering the Kingdom of God. 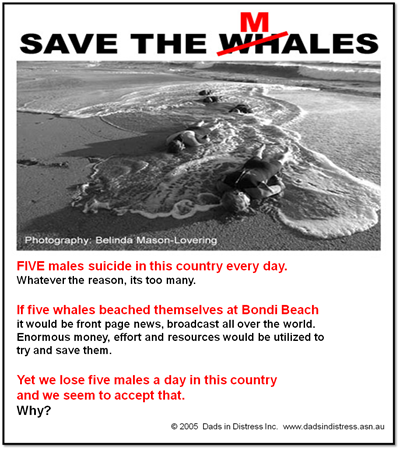 Personally partner with Brian in this ministry, by clicking here. 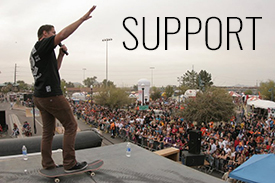 Make sure this account has posts available on instagram.com.

"If you want The Gospel and God's Word preached by someone truly living it out, Brian Sumner's your guy. He's got a way of connecting with every person in the room whether they're younger or older, man or woman, churched or unchurched, broken down or put together, opened up or closed off. I just sat through the same message four times in a row and I could listen to it all over again right now."

"The marriages of the couples in our Church were strengthened by the rich sincerity of the word that Brian brought forth. Our community was extremely blessed and encouraged by the ministry of Brian at the local skate park."